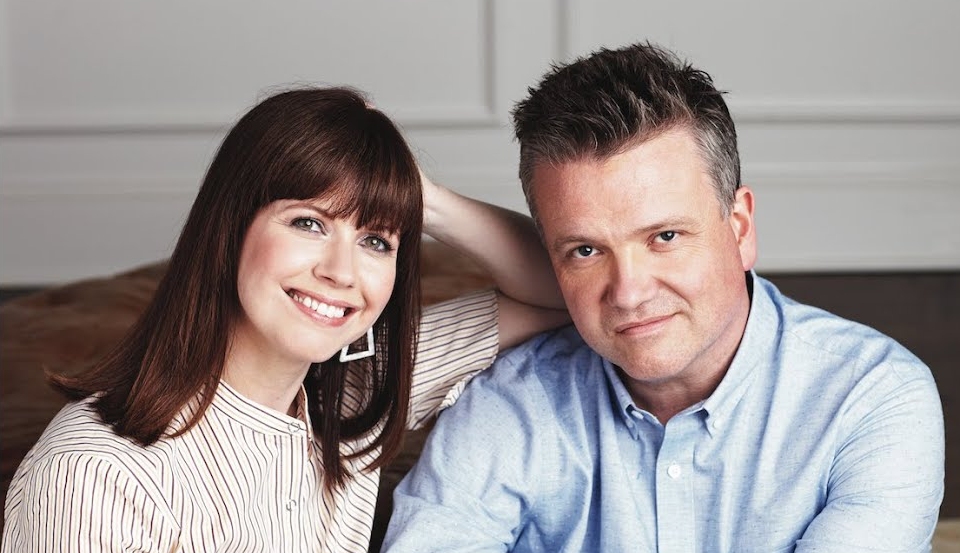 You will probably know the name Getty from one of their most famous hymns “In Christ Alone” which was penned by Keith and his long-time writing partner, Stuart Townend.  After all it holds the number 1 position of most-frequently-sung hymns in UK churches for the past 9 consecutive years.

As a couple they occupy a really unique space in the world of Christian music today as re-inventors of the traditional hymn form.   They have brought the old style of songs teaching Christian doctrine and brought it up to date by crossing the genres of traditional, classical, folk and contemporary composition which are now sung the world over.  The mix of these familiar styles bring young and old (and everything in between) together in worshipping the Lord in word and music that all can identify and resonate with.

Their numerous well-loved hymns are used increasingly both in contemporary and traditional circles, as well as being included in not only the most modern hymn books. They also feature highly in the contemporary church music lists, indeed more than 60 of their songs are featured on the top 2,000 CCLI charts between the UK and USA.

These beautiful Irish Christians Keith and Kristyn Getty continue to be global ambassadors for modern hymns in the USA and throughout the world, their songs have been sung by all kinds of Christian singers including Mercy Me and Natalie Grant.

In addition to all of this they have also been selected for significant international events such as the Enthronement of the Archbishop of Canterbury and the concluding ceremony of the third Lausanne Congress.

In 2017 Keith Getty was honoured as an "Officer of the Order of the British Empire" (OBE) by Her Majesty Queen Elizabeth II for his contribution to "Music and Modern Hymn Writing. This was the very first time that the award has been given to an individual involved in the world of contemporary church music.

They share their new song with us and sing it live for us.

Don't miss this World in Focus, tonight at 9pm.