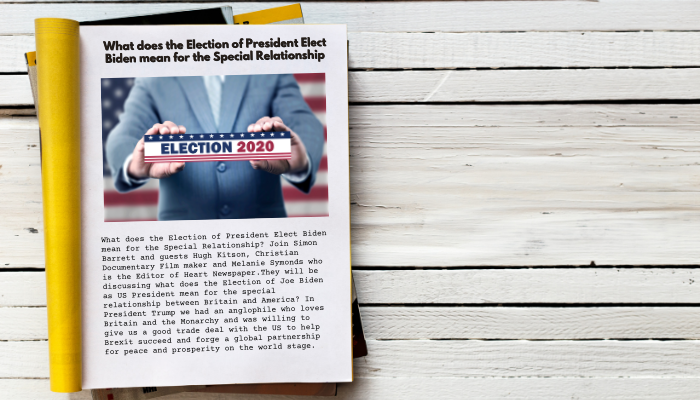 What does the Election of President Elect Biden mean for the Special Relationship?

They will be discussing what does the Election of Joe Biden as US President mean for the special relationship between Britain and America?

In President Trump we had an anglophile who loves Britain and the Monarchy and was willing to give us a good trade deal with the US to help Brexit succeed and forge a global partnership for peace and prosperity on the world stage.

President Elect Biden and the Democrats have a different agenda as they are globalists and are opposed to Brexit. Joe Biden being an Irish American wants to see a united Ireland against the interests of the protestant living in Northern Ireland.

His pro-EU views means this is a threat to Britain getting a good trade deal with the US and put into doubt the long-term success of Brexit.

The Presidency of Biden and the premiership of Boris Johnson could but the special relationship under serious strain.