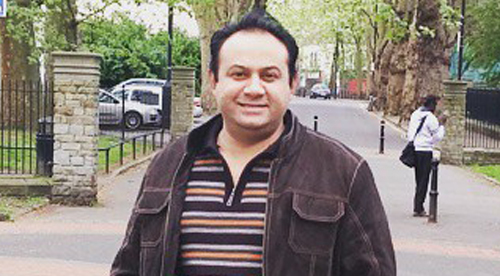 Azeem Wazir has been accused of 'dishonouring the religion of Islam, prophets, Quran and Muhammad' and a fatwah was placed against him because of his protests against the Blasphemy law and his involvement in the campaign 'Stop Killing Christians'.

If Azeem is deported his family expect him to be incarcerated and charged with blasphemy which carries the death penalty. Azeem's own fear is that Islamic extremist networks will arrange for his murder.

“Azeem Wazir has campaigned against the blasphemy law, putting his own life in danger. He has campaigned against persecution of Christians. Azeem’s life is in danger from  Islamic extremists – just as Asia Bibi’s was. It is inconceivable that the UK would deport someone who risks death for speaking out against the very laws that crippled Asia’s life – surely it’s time for the Home Secretary to intervene.” said Open Doors UK and Ireland CEO Henrietta Blyth.

Azeem was taken to Colnbrook Immigration Removal Centre on 1st May 2019, without warning and detained. He now faces deportation. He is appealing against his deportation.

Stop the deportation of Azeem Wazir, pray and sign the petition now: https://www.change.org/p/stop-the-deportation-of-azeem-wazir