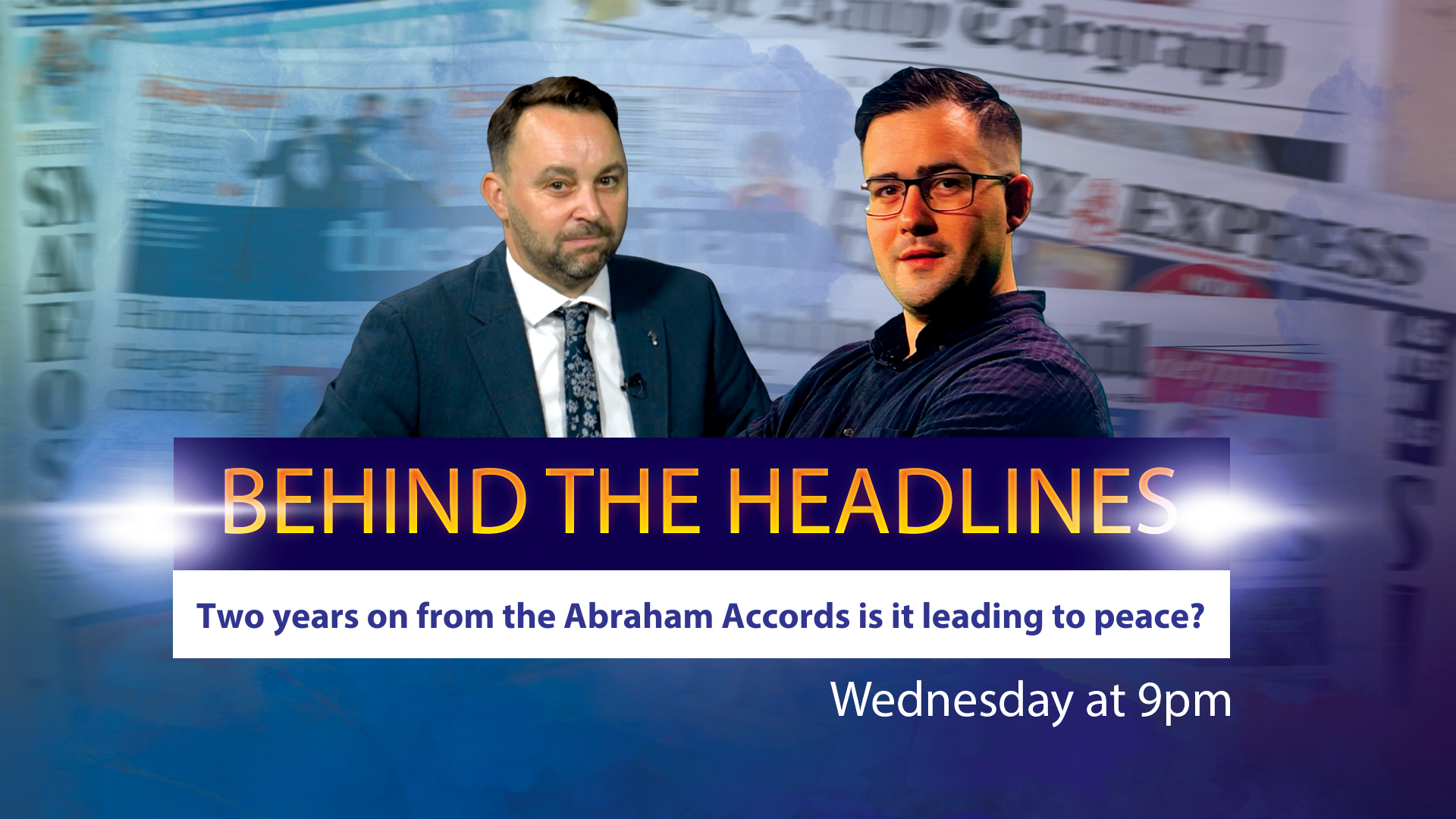 In this week’s live edition of Behind The Headlines, we will be marking the second anniversary of the signing of the Abraham Accords between Israel, and the United Arab Emirates and Bahrain. The signing of these accords happened under the patronage of US President Donald Trump on the lawns of the White House that promised a new era of peace and reconciliation for the Middle East.

The Abraham Accords for Israel has brought acceptance and recognition of the Jewish state’s position in the Middle East and seen by her former Arab enemies as an ally and asset. Israeli relations with these Gulf States have gone from strength to strength and have led to agreements on tourism and defence. Trade between these nations is now worth $2 billion annually and is expected pass $10 billion in five years.

These accords have extended to Morocco and Sudan and was believed that Saudi Arabia would open diplomatic and normalisation with Israel but have not flourished under the Biden administration. Despite the Iranian nuclear threat that poses a real security danger to Israel and the Arab Sunni states the Biden Administration has failed to capitalise on the potential of these Accords. Instead has empowered the Iranian regime and the Palestinians at the expense of Israel and the Sunni Arab states.