The prophetic warning of the dangers of the 9th Av 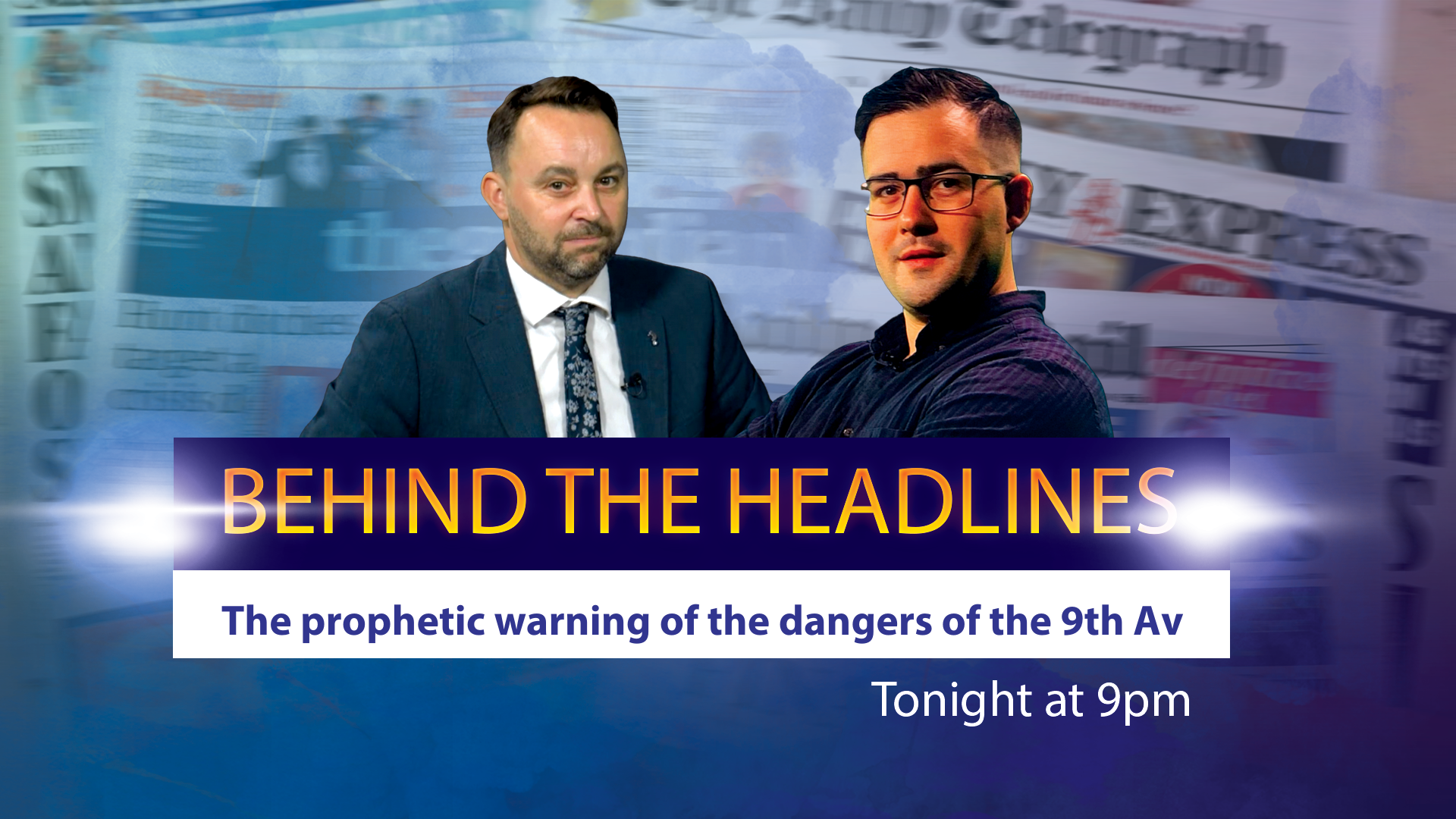 In this week’s edition of Behind the Headlines, we will be discussing the prophetic warning of coming disaster posed by the 9th of Av that falls on Saturday 6th August until Sunday 7th August 2022. The 9thAv in Hebrew is Tisha Be’Av in the Jewish Calendar a day of mourning. On this in date awful tragedies have befallen the Jewish people. The Jewish people in Israel and all over the world weep over the destruction of both the first and second Temples in Jerusalem.

The approaching 9th Av acts as a warning as some of the most significant and tragic events in history have befallen on the Jewish people during this date. From the expulsion of the Jewish people from England in 1290 to the Spanish inquisition in 1490. The First World War started on this date as Imperial Germany declared war on Russia. The Second World War also started on the 9th Av and the Final Solution was ordered on this date by Hitler’s Deputy Goering, that was a death sentence for European Jewry and the order went on the 13th Av- July 31st, 1941.  A year later 23rd of July 1942 the Nazi death camp of Treblinka become operational and was the start of the deportations from the Warsaw Ghetto.

In this programme today we will be asking what relevance the 9th Av has for us today and for the Jewish people and the world and is this God’s warning from history that when tragedy befalls the Jewish people then it will also come upon us.