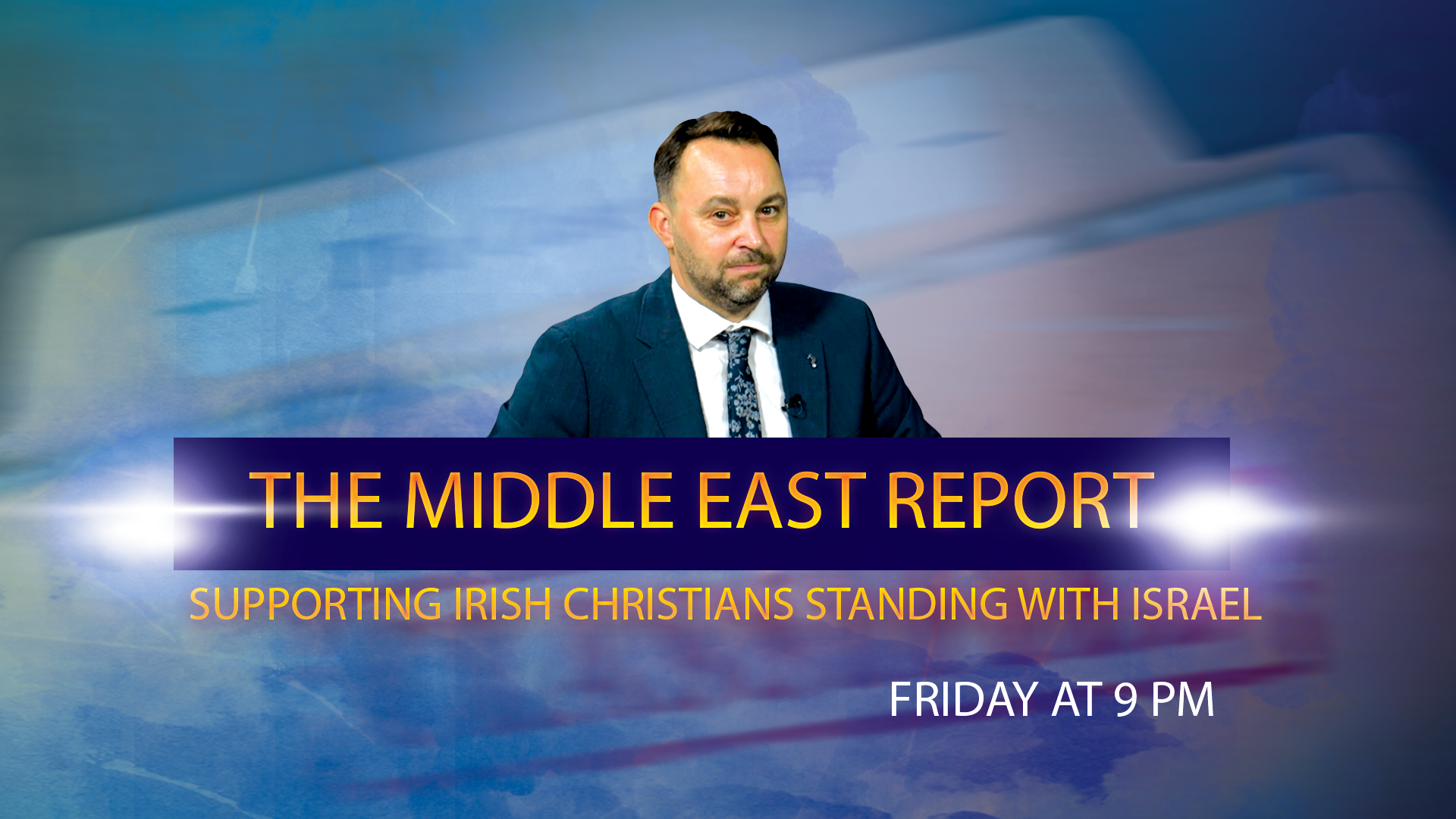 In this week’s home edition of The Middle East Report, Simon Barrett will be joined two courageous Christian women, standing up for Israel and the Jewish people in the Republic of Ireland. In recent years we have witnessed the Republic of Ireland, go from one of the most conservative catholic countries in Europe to the most liberal and progressive.

As part of this cultural revolution that the Republic of Ireland has gone through in recent years has resulted in greater hostility towards Israel, where the nation’s political, academic and media elite have singled out the Jewish nation for attack. We have also seen that in the Irish Parliament that Sinn Fein is pushing for the most horrific anti-Semitic policies against Israel than anywhere else in the Western World.

There are righteous lights standing up for Israel and the Jewish people namely Jackie Goodhall the Director of Ireland Israel Alliance and Audrey Griffith author of the new book “Hey Ireland – Israel’s on the line.” They are both interviewed in this home edition of the Middle East Report. They highlight how we need to be supporting them and praying for them as they stand up for the Jewish people and Israel.

If you want to understand the full extent of the hostility directed against Israel in the Republic of Ireland, please watch this week’s home edition of The Middle East Report on Friday at 9 pm.

Please join us for this week’s The Middle East Report on Friday at 9 pm.