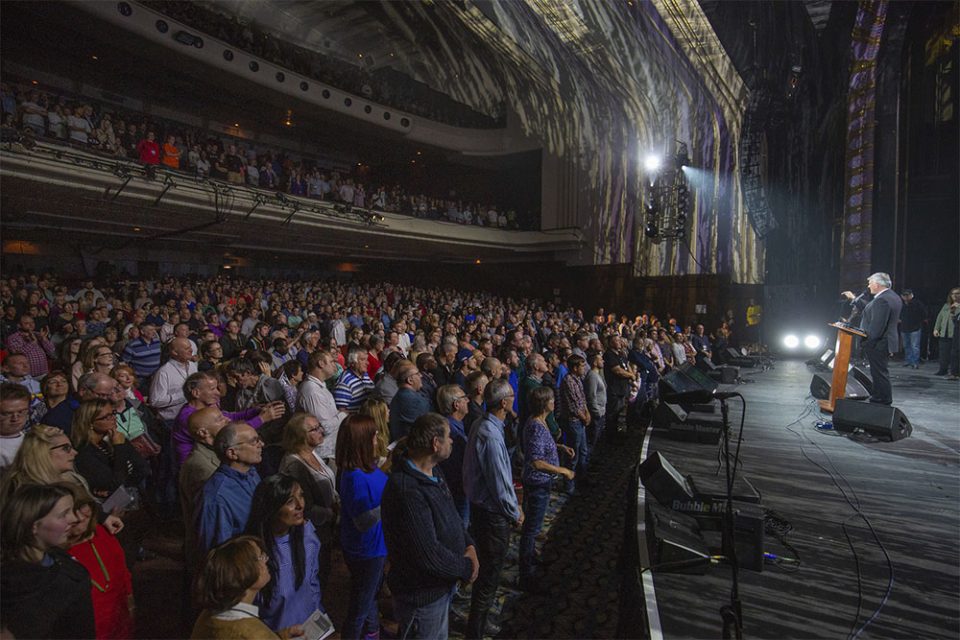 Prominent US evangelist Franklin Graham has urged church leaders to heed the advice of experts and stop hosting in-person services. Graham's comments come as several congregations across the United States have received police citations for disregarding lockdown orders and continuing to open up the doors of their churches

"We need to obey those in authority. That’s what the Bible teaches,” Graham, 67, told conservative radio host Ben Shapiro. "I’d just encourage pastors across the country to obey those that are in authority. And I think that’s what the congregations would expect us to do," he said, highlighting the deadly nature of Covid-19. Graham added: “Especially for those who have underlying health issues, this could be a death sentence."

The evangelist went on to insist that churches "are not shut down" simply because they have moved operations online. “I think more people are attending online services than they did when they were meeting in person," he noted.

"We just need to do things differently," the preacher explained. "We need to be careful...practicing social distancing is wise.”

Several American pastors have fallen foul of the law after continuing to run church services despite the restrictive regulations.

At the end of March, controversial pastor Rodney Howard-Browne was arrested after refusing to cease hosting in-person services at his Florida megachurch. Howard-Browne reluctantly moved his gatherings online, after being booked by the Hillsborough County Sheriff's office on charges of unlawful assembly and violating health and safety rules. Despite Florida's guidelines being instated for the good of public health, the pastor still insists that the lockdown orders are an assault on the right to religious expression.

On Easter Sunday, he doubled down on this message: "This is not about a virus. This is about shutting down the gospel of Jesus Christ," he preached. "And all these pastors that say, 'Well, we should just roll over and comply,' you don't understand."

The United States has by far the most number of coronavirus cases of any country in the world; 588,000 confirmed infections, with 23,000 deaths.