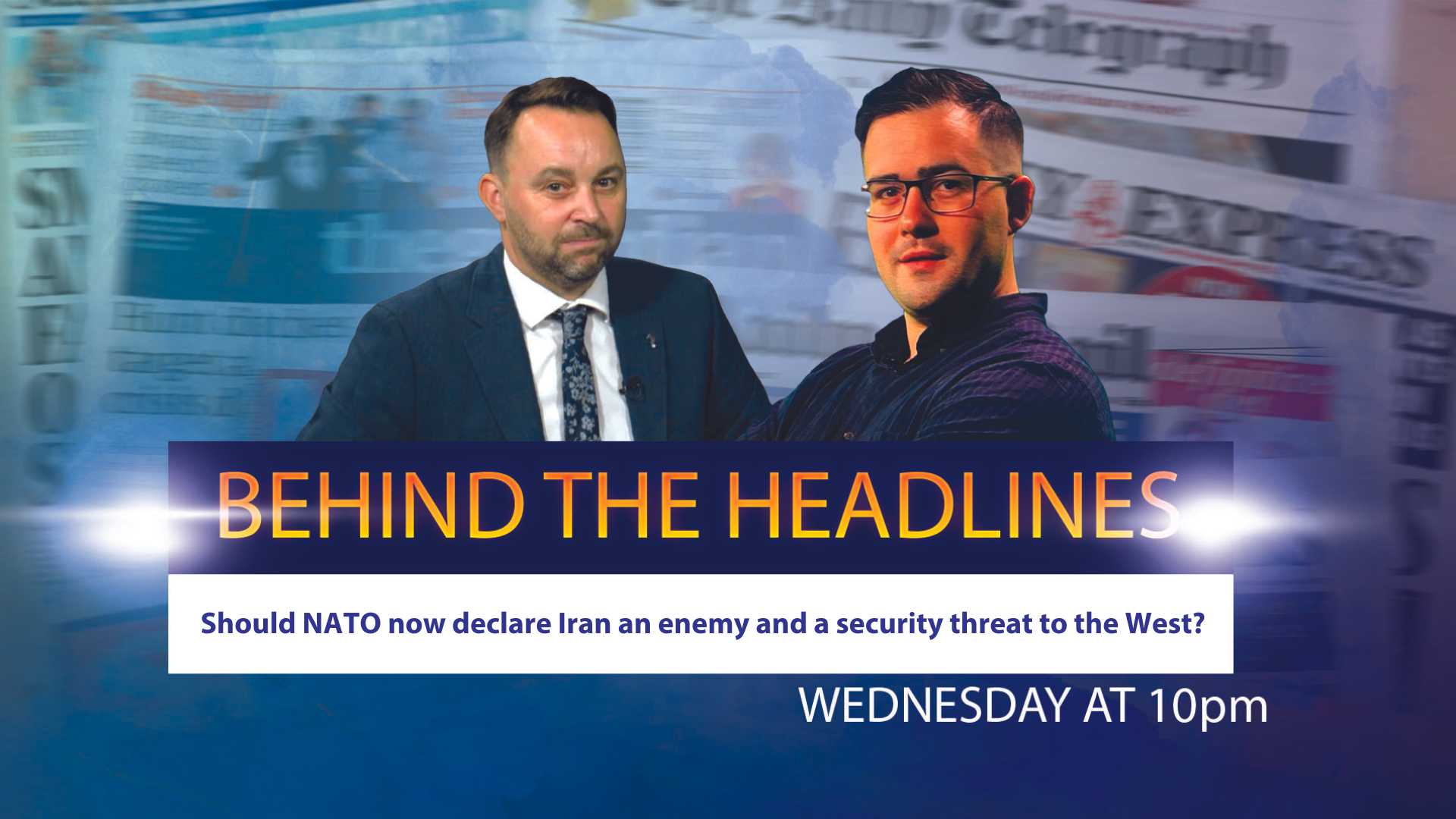 In this week’s edition of Behind The Headlines, we will be discussing the Iranian military involvement in war in the Ukraine by supplying Russia with military drones that are killing ordinary Ukrainians. We will be asking is it time that NATO declared the Iranian regime an enemy state and threat to European security?

Despite the leadership of Islamic Republic of Iran’s constant lies that it has not been providing Moscow with deadly military drones that have killed ordinary Ukrainians. It has now finally admitted that it has supplied these military drones and more troubling ballistic missiles to Russia to use in its deadly war in the Ukraine. What this demonstrates is that Iran’s malign activities are no longer confined to the Middle East but now directly threaten European security.

NATO has played a major role in supporting the government of the Ukraine to expel the Russian invaders and now they need to confront the Iranian regime over its military support for Russia. NATO leaders need to send a strong message to Tehran that their miliary actions in the Ukraine is a threat to European security. This demonstrates that nations that have Jew Hatred at the heart of their evil ideology and pose a danger to Israel also pose a security threat to the West and its time we woke up to this spiritual reality.