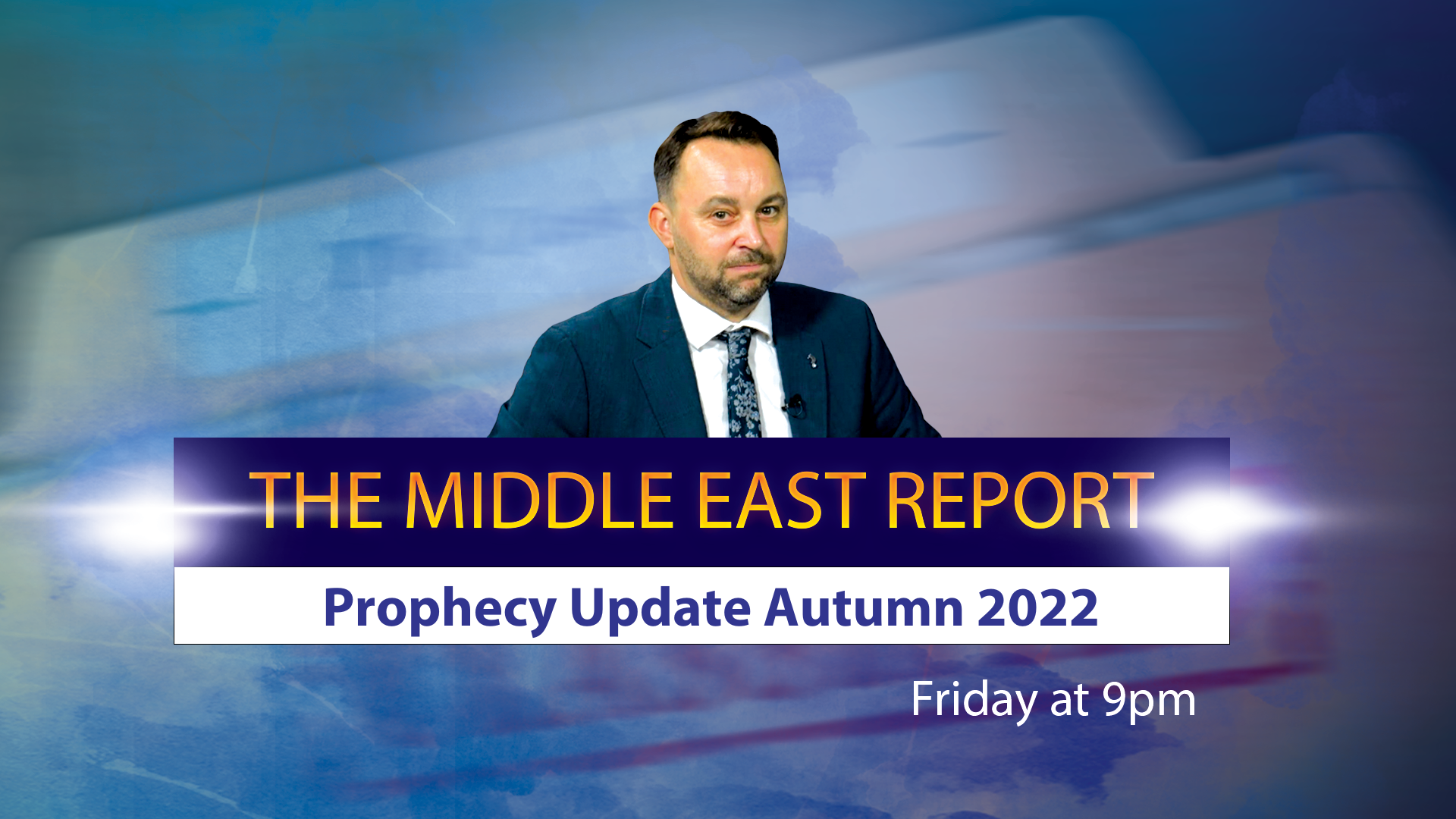 In this week’s edition of The Middle East Report, Simon Barrett will be joined Jeff Cuozzo Bible prophecy teacher and Pastor of Calvary Chapel Church Bath, as he gives us an Autumn 2022 prophecy update.

We will be discussing the huge prophetic events that have occurred since Russia’s invasion of the Ukraine in February earlier this year. This war has pushed the world to the brink of nuclear conflict and caused a massive food and energy shortages across the globe. Putin war in the Ukraine has forged a new axis of evil with the Islamic Republic of Iran in the extent that Tehran has been supplying Russia with military drones that are killing innocent people in Kyiv.

Russian – Israeli relations have turned cold and antagonistic as Putin has threatened the Jewish state not to aid the Ukraine with the Iron Drome missile defence system. Warning Jerusalem that Russia will no longer turn a blind eye to Israel’s military activities against Iranian forces and Hezbollah in Syria. President Putin has closed the work of the Jewish Agency in his territory and stop Russian Jews from make Aliyah to Israel to Israel. As we discuss how military allies such as Russia and Iran are mentioned in Bible prophecy especially Ezekiel 38 and 39.

We will also be talking about how we have witnessed the biggest wave of Aliyah to Israel in 2022 for over two decades in fulfilment of bible prophecy.

Please join us on Friday at 9 pm on The Middle East Report.