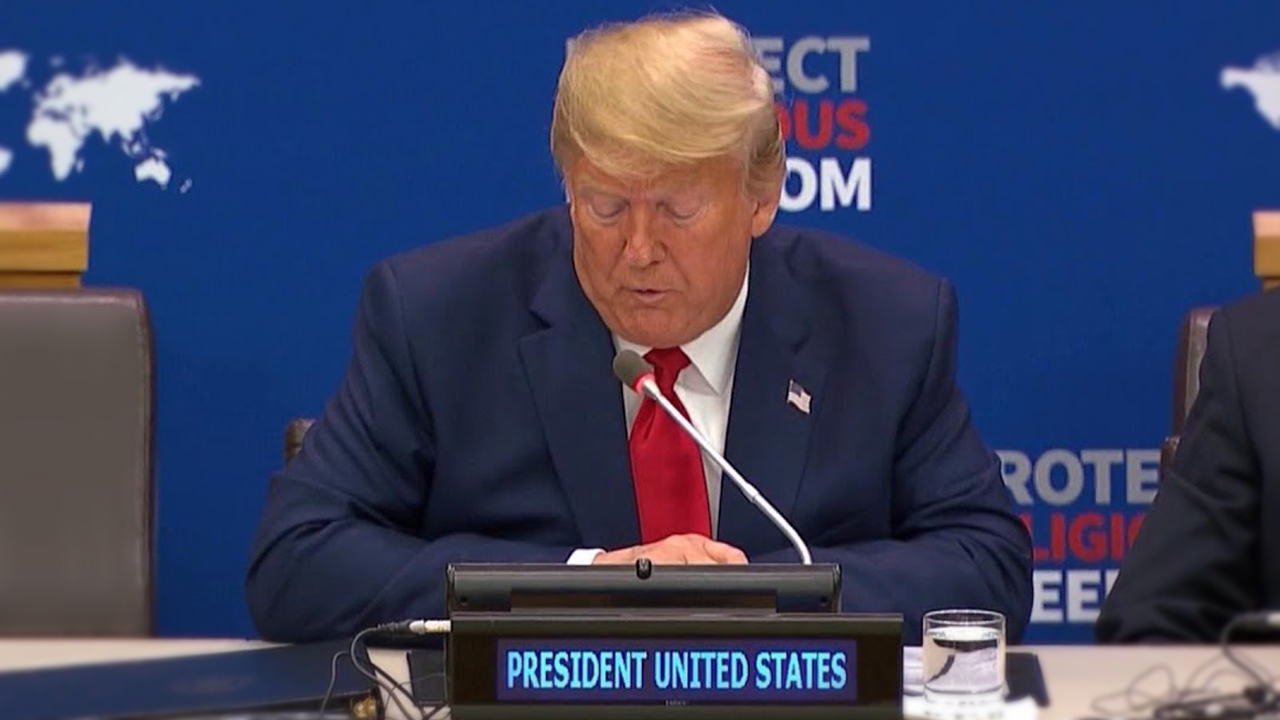 President Donald Trump has become the first US President to ever host a meeting at the United Nations on religious freedom, "As President, protecting religious freedom is one of my highest priorities," Trump told the nations of the world this week.

Followers of Christ are among the most heavily persecuted around the world. In fact, it's estimated that 11 Christians die each day for their faith. "I mean just think of this, 11 Christians a day for following the teaching of Christ," Trump said.

In response to this global religious persecution, the President announced an additional $25 million in funding to protect religious sites and relics. There will also be a new business coalition focused on workers.

"This is the first time this has been done," said Trump. "This initiative will encourage the private sector to protect people of all faiths in the workplace."

The President urged nations to repeal laws that restrict religious freedom and increase prosecution towards crimes against people of faith.

"To stop the crimes against people of faith, release prisoners of conscience, repeal laws restricting freedom of religion and belief, protect the vulnerable, the defenseless, and the oppressed, America stands with believers in every country who ask only for the freedom to live according to the faith that is within their own hearts," he said.

“Heavenly Father, thank you that leaders like President Trump are concerned about the persecuted. It is our responsibility to pray for him, Your Word says, “that supplications, prayers, intercessions and giving of thanks be made for all men, for kings, and all who are in authority” (1 Timothy 2:1-3). We pray he will follow Your guidance. He will be wise and discerning. Strengthen him, and continue to protect him and his family. And provide the means and open the doors for him to effectively serve persecuted Christians around the world. Thank you. Amen.”

Make sure you watch the Persecuted Church on Revelation TV and don’t miss other episodes about what's happening to our persecuted family in the world right now that you need to know about.