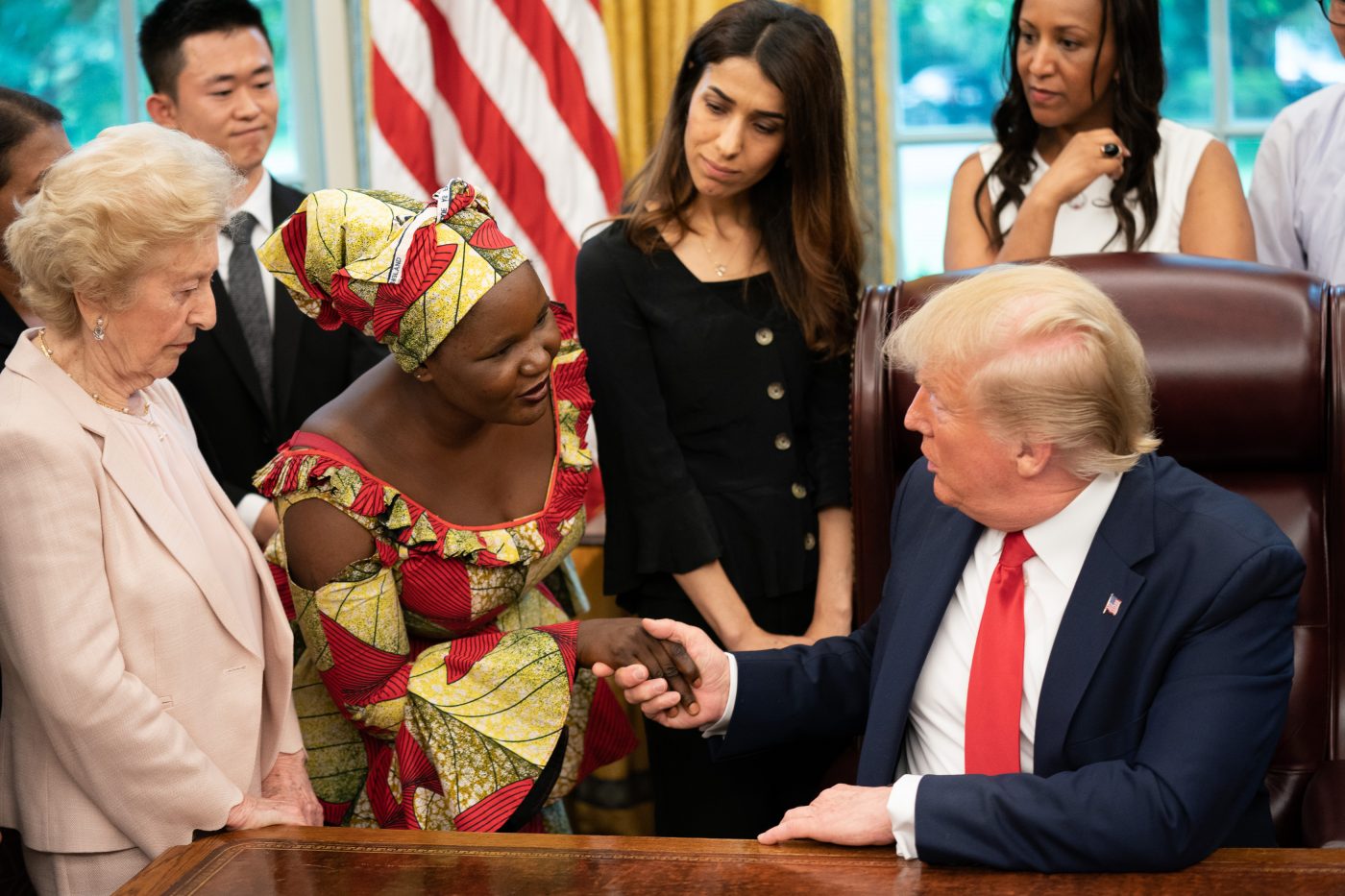 Esther from Nigeria, who escaped from Boko Haram, meets US President Donald Trump

US President Donald Trump has met 27 people who have suffered for their faith at the White House, including several Christians from around the world who have experienced persecution.

At a meeting in the White House, the President met survivors of religious persecution and heard about their concerns for their home countries. Among those who participated in the visit were American pastor Andrew Brunson, who was freed from prison in Turkey last year; Mariam Ibrahim, a Christian mother who was freed from death row in Sudan in 2014, Helen Berhane, who was locked up for being at an unregistered church and imprisoned in a shipping container in Eritrea, and Esther from Nigeria, who escaped from Boko Haram.

In his speech before the questions President Trump said: "With us today are men and women of many different religious traditions from many different countries. But what you have in common is each of you has suffered tremendously for your faith. You’ve endured harassment, threats, attacks, trials, imprisonment, and torture. I got to know many of you and helped get some of you out of the difficult situation that you were in. I’m very proud of you in the way you’ve reacted to a different life. It is a tremendous thing."

Dabrina Bet Tamraz, an Iranian Christian whose family is in prison for their faith, told President Trump, “My parents are pastors. They are Christian pastors. They have been arrested, all my family. My father, mother and my brother. They are free on bail awaiting trial for long sentences. My father sentenced to 10 years in prison, my mother five years. We still don’t know about my brother,” she said. “We would appreciate if you would mention my family, also Christian persecution in Iran in all your negotiations with Iran.” President Trump told Tamraz that he would.

There were also Christians from Pakistan, China, Cuba and Burma.

Prayer for US President Donald Trump

“Heavenly Father, thank you that leaders like President Trump are concerned about the persecuted. It is our responsibility to pray for him, Your Word says, “that supplications, prayers, intercessions and giving of thanks be made for all men, for kings, and all who are in authority” (1 Timothy 2:1-3). We pray he will follow Your guidance. He will be wise and discerning. Strengthen him, and continue to protect him and his family. And provide the means and open the doors for him to effectively serve persecuted Christians around the world. Thank you. Amen.”

Make sure you watch the Persecuted Church on Revelation TV and don’t miss other episodes about what's happening to our persecuted family in the world right now that you need to know about.