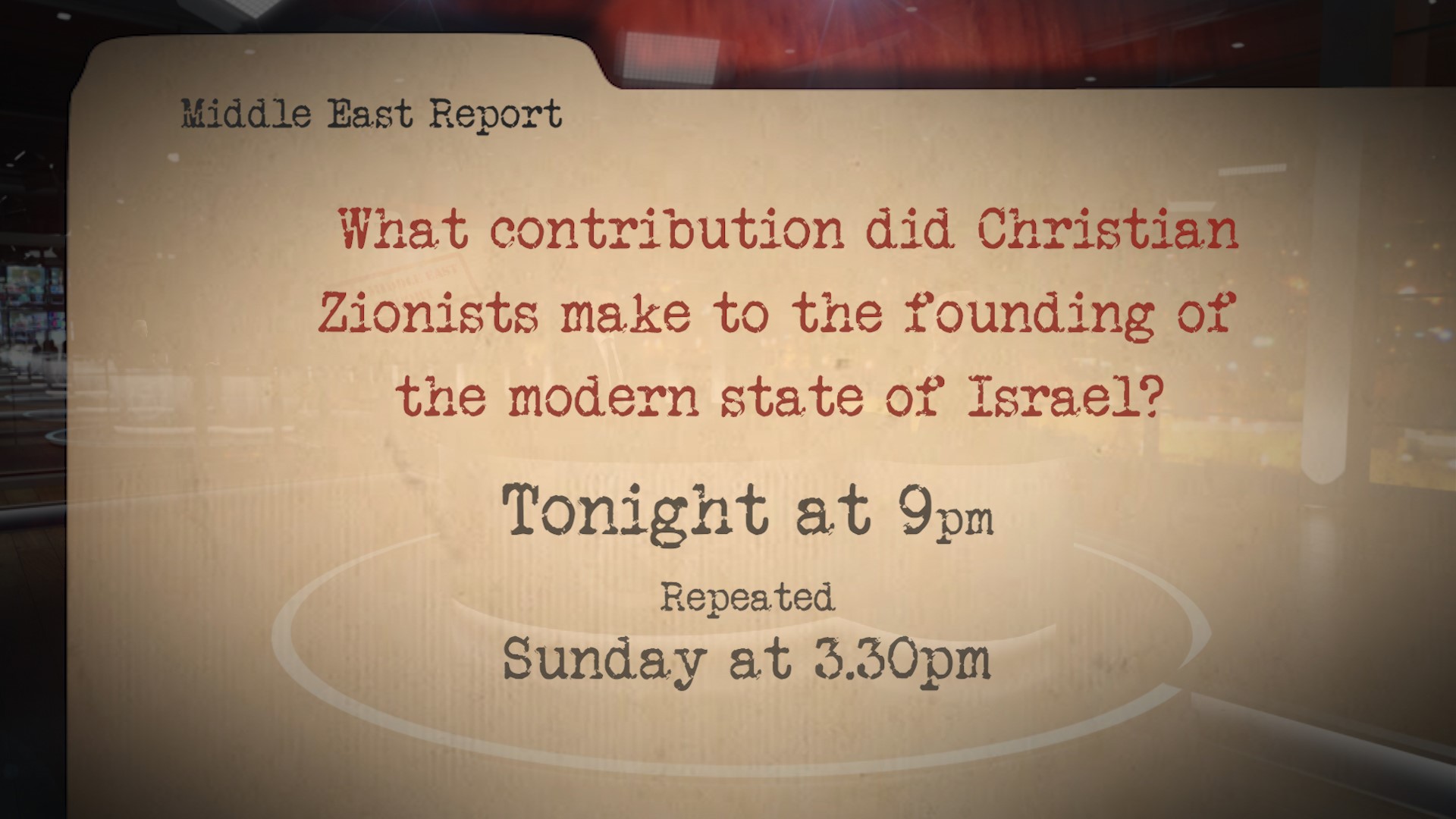 On the Middle East Report Simon will be looking at what contribution did Christian Zionists make to the founding of the modern state of Israel?

Christian Zionism merges theology and politics and teaches that the secular State of Israel is a fulfillment of Biblical prophecy.

Christian Zionism believes that this fulfillment of Biblical prophecy began when European Jews started moving to Palestine in the 1800s, and continued as Israel became a nation in 1948

Christian Zionists believe that modern Israel is a continuation of Biblical Israel and therefore should enjoy special privileges. They declare that it is the responsibility of

Christians to support the State of Israel and its policies.

We will be joined by Dr David Shmidt as he discusses the profound impact Zionist Christians have played in history in helping to re-establish the nation of Israel and protecting the one and only Jewish state.