Man's first step on the moon 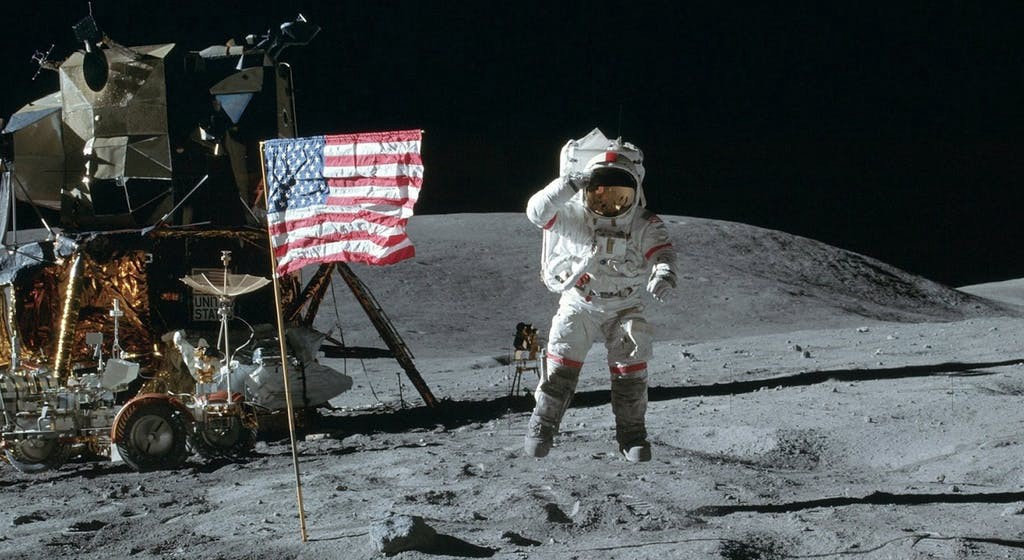 50th anniversary of first steps of mankind on the moon

Today (Saturday 20th July 2019) is the 50th anniversary of the opening of a spaceship on the moon and man stepping out on to it – for the very first time. Everyone remembers Neil Armstrong saying: That’s one small step for man, one giant leap for mankind.  What’s not so well known is that Buzz Aldrin, before leaving the space ship to step on to the moon, read Scripture and took communion.

Buzz Aldrin was a devout believer. In 1970 he wrote that before he departed on the moon journey, his pastor had said to him that God reveals himself in the common elements of everyday life, like bread and wine.
Having arrived on the moon, and before he took the communion, he radioed back to mission control, asking for a few moments of quietness and contemplation for what had been achieved. He then poured the wine into a silver chalice he had brought in the spaceship with him - the wine curled gracefully up the side of the cup in the one-sixth gravity of the moon. It was interesting to think that the very first liquid ever poured on the moon and the first food eaten there, were the communion elements.

He also read from John 15.5: I am the vine, you are the branches. Whoever remains in me and I in you, will bear much fruit, for you can do nothing without me.’

It s God’s world and we marvel at what He has done.

(information on Buzz Aldrin from Mark Woods of Bible Society)