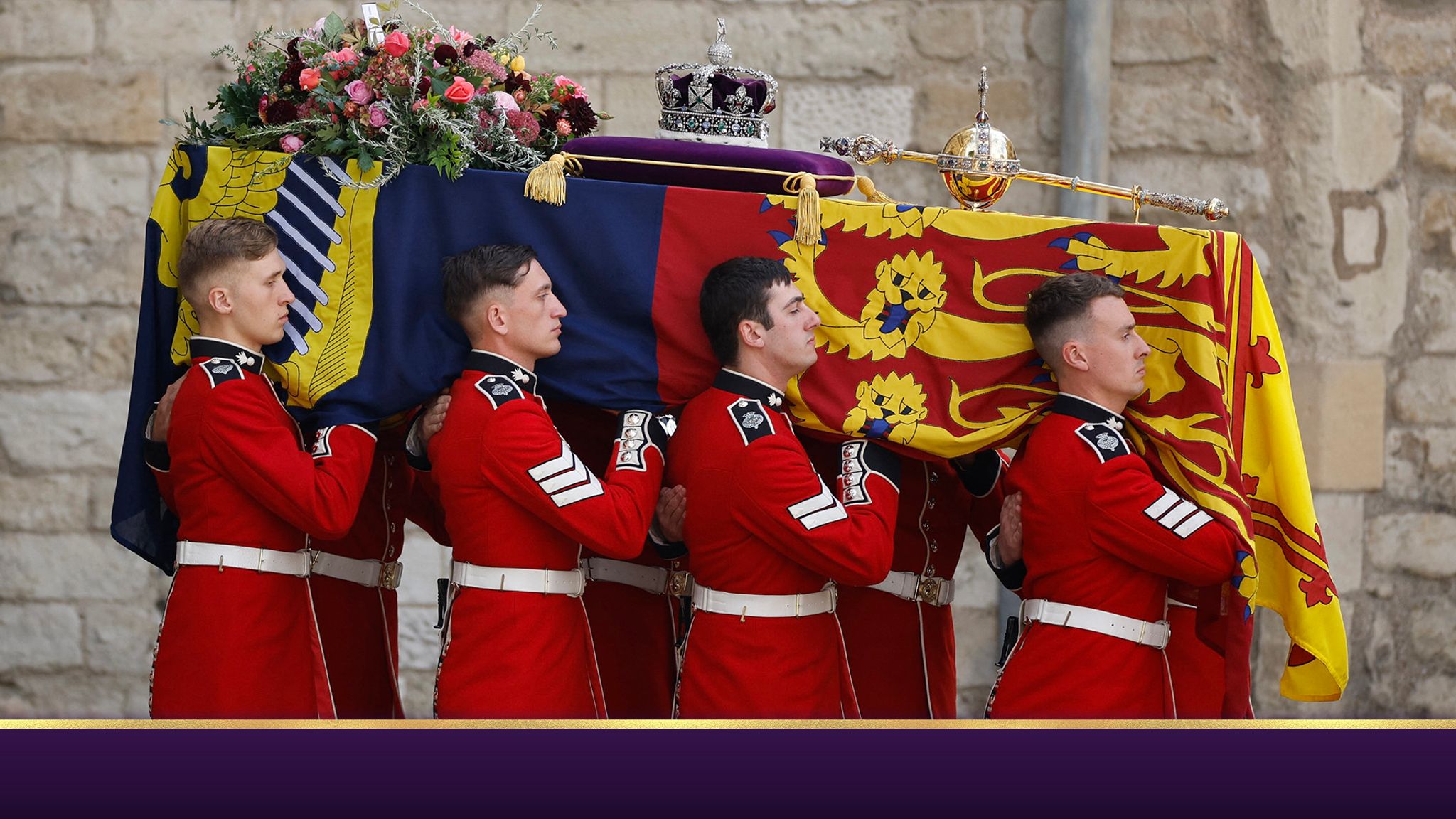 What a day of sadness, but also of thanksgiving. The million or so on the streets of London and the major cities of the United Kingdom today, demonstrate the love and affection that the British public had for Queen Elizabeth ll. The billion or so who have watched the funeral around the world, show the impact that her one singular life has had upon the world.

The Queen’s coffin was draped with the Queen’s standard. In the middle of the coffin was placed the Imperial State Crown, complete with the Cullinan ll diamond, said to be cut from the largest diamond in the world. At one end of the coffin was a wreath of beautiful flowers, which included rosemary and myrtle. At the other end was the Sovereign’s ‘Orb and Sceptre’ with the Cross mounted on a globe symbolising the Christian world.

One of the hymns sung during the funeral service in Westminster Abbey was John Ellerton’s hymn, ‘The Day thou gavest Lord is ended’. The last verse of that hymn says:

So be it, Lord, thy throne shall never
Like earth's proud empires, pass away
Thy kingdom stands, and grows forever
Till all thy creatures own thy sway

The Queen was so mindful that life on earth was not the end, and that there would come a time when she would lay down her title, pass on to another the care of her people and Commonwealth, and give back her crown jewels. She knew that when that happened, she would then stand before her maker as a ‘sinner saved by Christ – a faith she was so sure of. How appropriate that during today’s service, the Prime Minister, Elizabeth Truss, read from John chapter 14 where Thomas said to Christ:

“Lord, we do not know where You are going, and how can we know the way?”

6 Jesus said to him, “I am the way, the truth, and the life. No one comes to the Father except through Me.

Queen Elizabeth ll knew that truth. Her body will now lie in a tomb in the King George Vl Memorial Chapel in Windsor, beside that of her beloved husband. Her soul is now with Christ and the saints in glory. That is the comfort the Christian faith brings to each one of us at the loosing of a loved one, and which brings us comfort at the passing of the Queen today.