ERITREA, The "North Korea of Africa" 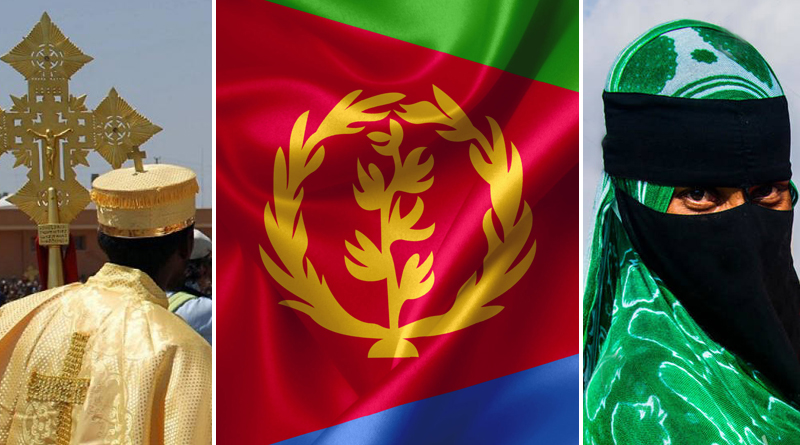 Do you know the location of the country Eritrea?

Eritrea is a small nation located in East Africa in the Horn of Africa, bordering Ethiopia, Sudan and the Red Sea.

After 30 years of civil war and dominance by neighboring Ethiopia, Eritrea was declared an independent state on May 24, 1993. People celebrated and danced on the streets of the capital Asmara. However, today Eritrea is known as the "North Korea of Africa." With an authoritarian government it is said that half the population has fled the country because there is no freedom of speech, religion or movement.

You need to know what’s happening in Eritrea because it’s not reported in the news. Much of it is kept secret because Eritrea is considered one of the most repressive and secretive states on earth. It’s been ranked worst in the world for press freedom eight years in a row. It’s ranked number seven in the World Watch List an annual ranking of the 50 countries where Christians face the most extreme persecution. There have been no elections in the country since independence in 1993 and President Isaias Afewerki has been dictating the country for almost 22 years.

Protestants and Evangelical Christians are branded heretics and enemies of the state. In the light of severe persecution the underground church have unshakable faith in God. Muslims, Sheikhs, Oriental Orthodoxers are coming to faith in Jesus Christ because of the bold witness of Christians in prison. The testimonies coming out of Eritrea’s underground church will not only strengthen your faith but could change your whole Christian walk. Watch the programme to know more about Eritrea - one of the most secretive states on the earth.

Prisoner’s one request: pray for Eritrea!

Our dear sister Twen Theodros is in prison in Eritrea. Despite having suffered brutal treatment this young woman, who is described as a ‘precious, lovely Christian’ by those who know her, is more concerned about others than for her own wellbeing. She was asked how we could pray for her. Her reply was simple yet deeply humbling: she said she had only one prayer request – that God would be glorified in Eritrea!

Watch our special programme to know more about Twen in Eritrea.