Christian Hacking was arrested for praying peacefully outside an abortion clinic 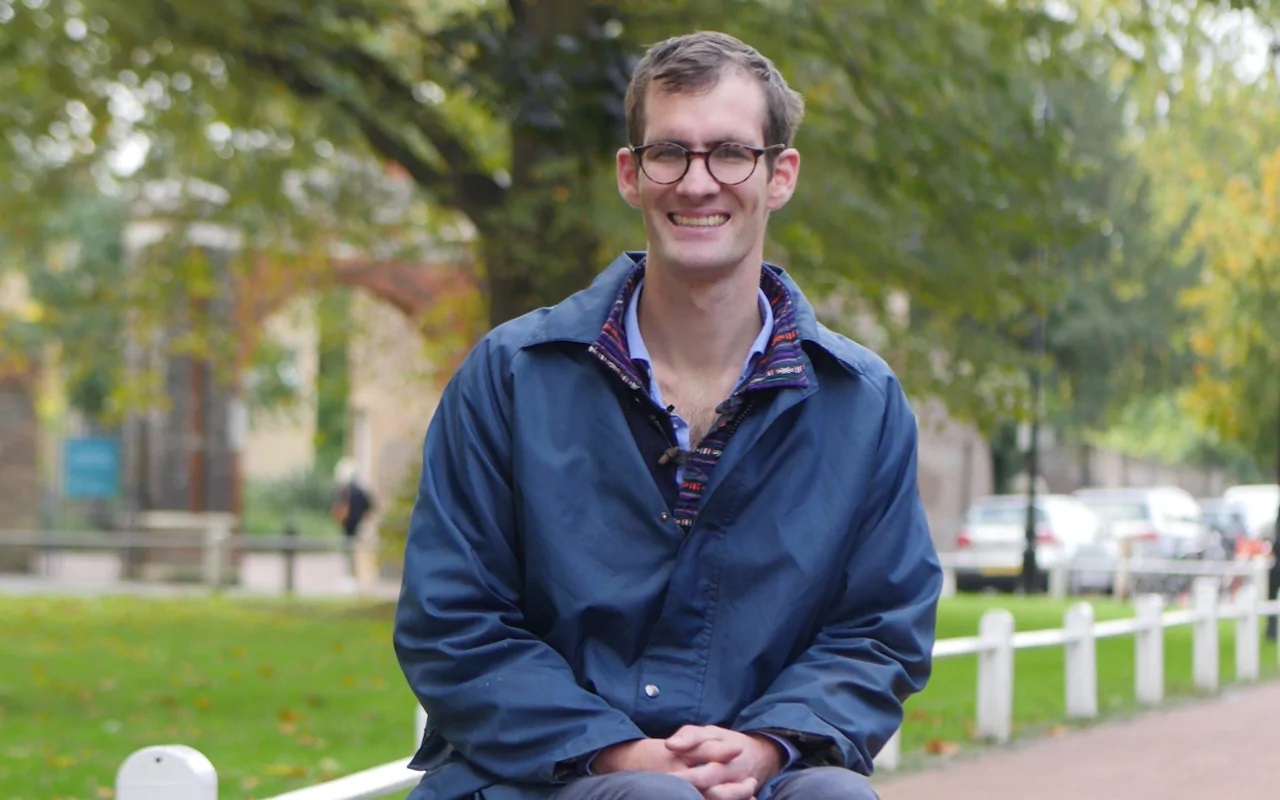 A Christian man, in a wheelchair, has been arrested and prosecuted for peacefully praying for unborn children and their parents outside an abortion clinic on a quiet London street.

After refusing to stop praying, he was carried by his arms and legs by four police officers, put in a riot van and then spent eight hours in a cell before being released on bail.

As a result, Christian Hacking (29) has become the first person in modern times to be arrested and prosecuted in the UK for praying.
The good news is that charges have now been dropped by the Crown Prosecution Service due to there being: "not enough evidence to provide a realistic prospect of conviction.' Yet the arrest and case, revealed by police body camera footage, raises the question of whether praying in a public space now constitutes ‘harassment’ and whether buffer zones around abortion clinics breach freedom of expression, religion and thought.

"This earth was the Lord's long before it was Ealing Council's"

Christian, who needs a wheelchair after breaking his back in a climbing accident, was arrested by police on 8 August 2019 for allegedly failing to comply with a Public Spaces Protection Order (PSPO) outside of Marie Stopes abortion clinic on Mattock Lane, Ealing. Supported by the Christian Legal Centre, Christian, the son of an hereditary peer, pleaded ‘not guilty’, and was set to go on trial on 5 November 2019 at Uxbridge Magistrates Court.

The PSPO, put in place by Ealing Council in April 2018, was the first buffer zone surrounding an abortion clinic to be introduced in the UK. The exclusion zone, upheld by the Court of Appeal in October 2019, prohibits a range of activities within 100m of the clinic and even outlaws prayer. It states: ‘[people must not engage] in any act of approval/disapproval or attempted act of approval/disapproval, with respect to issues related to abortion services, by any means. This includes but is not limited to graphic, verbal or written means, prayer or counselling.’

On the morning of 8 August 2019, police were called after the Marie Stopes clinic reported that two men were breaking the PSPO by praying on the green directly outside of the clinic, rather than in the designated area for ‘protest’ located further down Mattock Lane. Video footage from the police body camera reveals two police officers approaching Christian, who can be seen peacefully sat on the grass next to his wheelchair with a friend. The police statement from the arrest says: "both males were sitting quietly on the grass”, and in the video footage the officer says: “You seem two very nice people, but…”

The manager of the Marie Stopes clinic emerged from the building with the printed PSPO order and said to one of the officers: “They’ve been praying… they had every intention of you being called, so they were making a protest.”

Despite being warned by the police that merely being on the green outside of the clinic constitutes breaking the PSPO, Christian said in response: "I'm going to continue praying. I'm in this place because they're killing human beings inside this clinic, it is against the law to ban anyone praying anywhere in this land. The PSPO has been built upon false grounds, false harassment, fake news, I don't respect it. I don't think you have a constitutional right to stop someone from praying, so I'm going to continue praying here until you remove me, forcibly or whatever, because what's more important is that God's law is upheld in this nation and not the law of those who govern this nation and not this ludicrous law that says people can't pray." 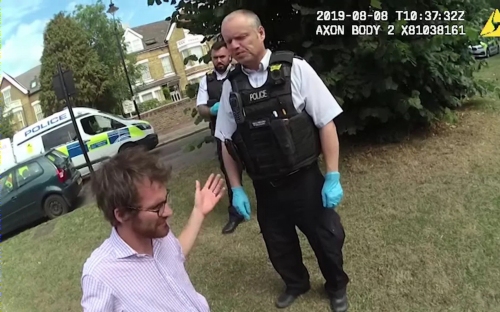 Although the police warned Christian that he might be arrested, they failed to caution him. Christian told the police that PSPOs were meant to be used to prevent anti-social behaviour and continued to pray. He prayed for the mothers, fathers, children and the staff members at the clinic, until a member of the public walked past, threatened Christian, and accused him of "terrorising people."

It is then that the officers again illegally fail to caution Christian and instead arrest him saying: “Stand up, Christian, you are under arrest.”

Christian responded saying: “I can’t stand up, I’m in a wheelchair. I’m not moving, I’m praying. I’m not going to capitulate to your demands. I am allowed to pray here. This earth was the Lord’s before it was Ealing Council’s.”

A large police riot van then arrived, and four officers carry Christian by his legs and arms and put him in ‘the cage’. As Christian is carried to the van he cries out:"I haven't done anything wrong other than pray." Mr Hacking was then taken to Acton police station where he was imprisoned for eight hours before being released on bail.

It has now escalated beyond proportion

Christian said: "To be treated like a criminal and imprisoned for eight hours for praying is ludicrous. My Christian faith calls me to defend the voiceless and what more peaceful way can I achieve this than through prayer. If abortion providers don’t want me praying outside their clinic they should buy the land and ring fence it. Not arrest people for doing what they don’t like on public property.

“I do not regret what I did, and urge the Church, to pray more, not less outside of clinics until the killing stops. Surely we, as a nation, can give women in a crisis something better than abortion.  I care deeply about all the families who attend abortion clinics and will continue to do what it takes, no matter what, until this silent genocide of innocent children ends."

Christian's drawing from his cell during his eight hour stay in Acton police station
What does this say about our society?

Andrea Williams, chief executive of the Christian Legal Centre, said: “It is astonishing that vital police resources have been used to arrest and detain a Christian man in a wheelchair for peacefully praying outside an abortion clinic.

“The purpose of the PSPO legislation was alleged to prevent harassment, not prayer, despite there never having been evidence to show that women have been harassed. The authorities now seem to think that even prayer is harassment. Christian did not harass anybody, and his arrest was just plain wrong.
“The footage of four police officers carrying a wheelchair user to a riot van for praying is highly disturbing, and its effect and intention is to silence any dissent.

“Christian took a courageous stand outside of the clinic motivated by God’s love for each and every one of us and especially for women in crisis pregnancies and their children.  What does it say about our society when peaceful compassion for life is treated by arrest and imprisonment?"

Please pray for Christian, his family and our legal team as this story breaks in the media.