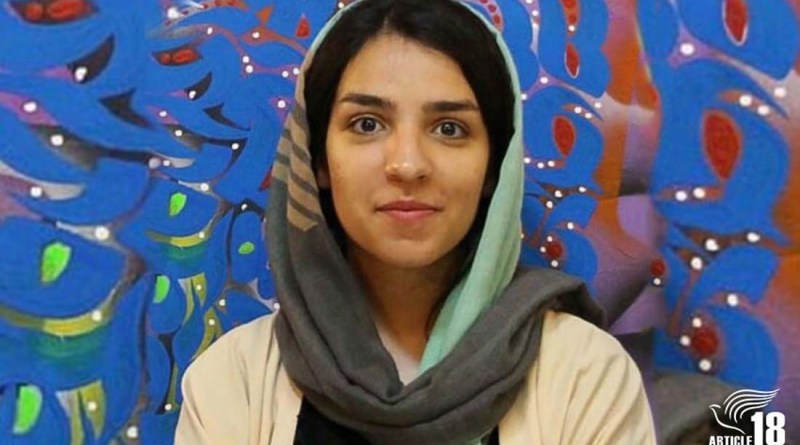 A young Christian woman was arrested in Iran for not wearing her headscarf “properly."

Iranian Christian Fatemeh Mohammadi, 20, was assaulted earlier this month while travelling on a bus by another passenger who accused her of not wearing her headscarf properly. Iranian police arrested Fatemeh when she went to the police station to file a complaint against the woman. According to an eyewitness, the woman insulted Fatemeh and ordered her to wear her headscarf properly. She then attacked her by pushing her chest and hitting her in the face. At the police station, the attacker claimed that she was “enjoying good and forbidding wrong” – a statement that the authorities interpreted as helping others to refrain from disgraceful acts. As the police considered this claim to be a sufficient basis for the woman to assault Fatemeh, they let her assailant go free.

Fatemeh was eventually released on bail in the early hours of the following morning.

Henrietta Blyth, CEO of Open Doors UK and Ireland, said, “This persecution of a young Christian woman is an example of the bias and discrimination against Christians which has become an established trend of the Iranian authorities. As the number of converts to Christianity increases, the authorities tighten the measures against Christians.” Fatemeh had already served a six-month sentence in 2018, after being arrested at a house-church meeting. She was sentenced on charges of “Christian activity”, “membership in proselytising groups” and “acting against national security through propaganda against the regime”. A brave activist among Iranian Christians, Fatemeh has run a campaign for all Christians, including converts, to be given the right to worship in a church.

Last year, in November and December alone, over 250 Iranian Christians were arrested in different cities across the country. Although most of those arrested were allowed to go home after a few hours or several days, they were told to expect a call from the Ministry of Intelligence. People who were suspected to be the leaders of Christian groups were held in detention. The government of Iran is committed to expanding the influence of Shia Islam. Hardliners within the leadership are very anti-Christian, creating severe problems for all groups of believers.

Iran is number 9 on the Open Doors World Watch List ranking the 50 countries where it is most difficult to be a Christian. Henrietta Blyth, CEO of Open Doors UK and Ireland shares about the most dangerous countries to be a Christian on the Persecuted Church. Make sure you watch Revelation TV and don’t miss other episodes about what's happening to our persecuted family in the world right now that you need to know about.

Heavenly Father, we pray for Fatemeh, she has chosen to follow Jesus Christ and be Your witness in an extremely hostile place. Lord, You are sending us out as sheep among wolves to be Your witnesses, help Fatemeh to be as shrewd as a snake and as harmless as a dove (Matthew 10:16). Father we ask that You order Your angels to protect and guard Fatemeh and her family (Luke 4:10). Guide her, give her divine discernment, wisdom, boldness and great joy as she continues to be Your witness and trusts in You. In Jesus' name. Amen!