An Interview with Pastor Bill Wilson 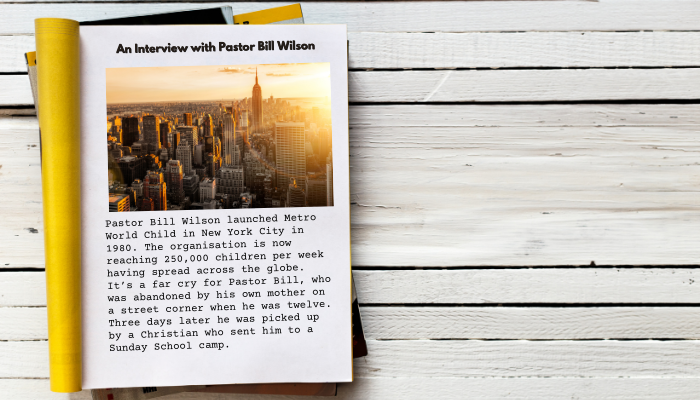 Pastor Bill Wilson launched Metro World Child in New York City in 1980. The organisation is now reaching 250,000 children per week having spread across the globe. It’s a far cry for Pastor Bill, who was abandoned by his own mother on a street corner when he was twelve. Three days later he was picked up by a Christian who sent him to a Sunday School camp.

Having seen Metro multiply across the world, Pastor Bill, now 72, wants to focus on the UK. On May 20, he plans to launch the Metro Children’s Network and is appealing for churches and children’s workers to join the online launch.

“I am fanatical about British Christian history and have been saddened to see churches decline over the years. I have visited the UK many times in the last 20 years to preach and raise support for what we do across the world, but I feel the Lord is stirring us to do something there.

Don´t miss this episode of Insight Live as Kurt and Melanie will be interviewing Pastor Bill live from New York City.