Why are we witnessing the return to violence in Northern Ireland

In this week’s Home Edition of Politics Today, Simon Barrett is joined by Robin Benson and Steven Jaffe both from Northern Ireland as we discuss the seven days of lawlessness we have witnessed on the streets of Belfast.

We discuss why are we witnessing an upsurge in violence in Northern Ireland, two decades on from the Good Friday Agreement that brought peace to the troubled country. We discus...

Tonight on The Late Show we will be looking at "Should Christians keep the Old Testament Laws?"

If so do we keep all of them or maybe just the ones dealing with morals?

Mark and Jeremy ask these important questions and look at what the possible repercussions may be for holding specific beliefs on this subject.

This programme is live and interactie so do make sure you tune in tonight at 10pm....

Defending Israel from Prosecution from the ICC

In this week’s live edition of Behind the Headlines, we will be discussing how the International Criminal Court in the Hauge is continuing its witch-hunt against Israel for alleged war crimes.

Back in March 2021 the ICC announced that it was going to investigate Israel for possible war crimes committed by the Israeli Defence Force and Islamist terror organisations in Israel’s defensive war aga... 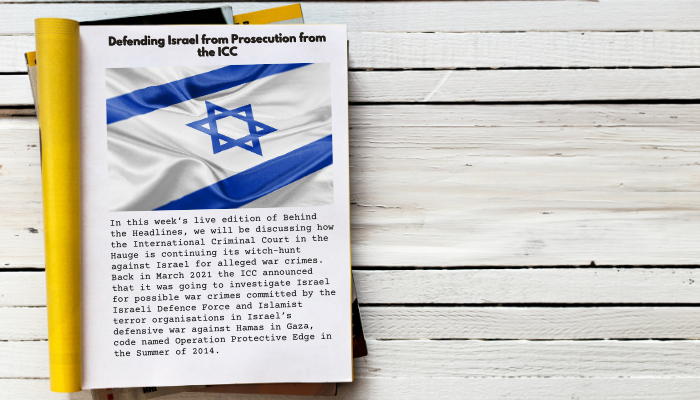 Redemption of an African Warlord

He was prepared spiritually from youth, through several voodoo initiation ceremonies, to be a powerful man in the society.

He ended up using those powers during the Liberian civil war to devastating effect.

His group was responsible for the death of over 20,000 people.

Cannibalism was rampant among his... 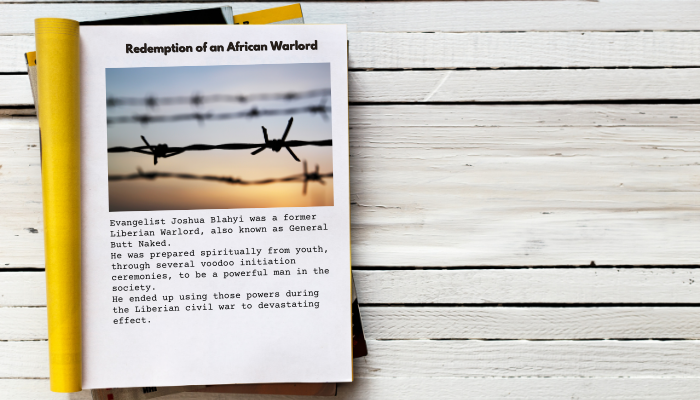 Entire families including their young children are enslaved for life working at brick factories in Pakistan with no way out. Join Kurt & Melanie as they interview author Becky Murray who is setting these captives free one by one and discuss her latest book, Embrace the Journey.

Becky Murray is the founder and president of One By One. She is the author of ‘Mother Bumala’ and speaks regularly at... 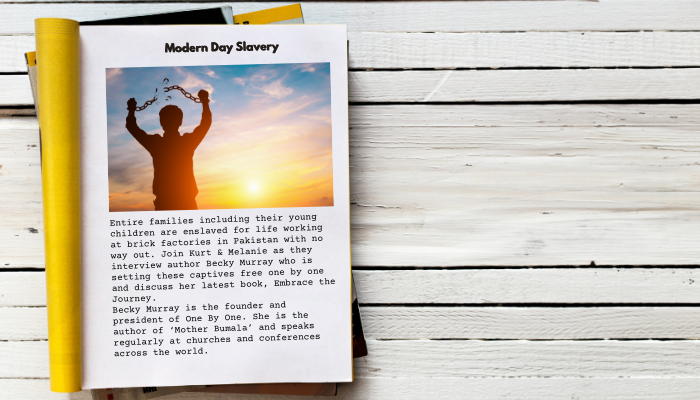 Derek Walker is back joining Nikki and Howard on the red sofa tonight to answer your questions.

They will be live and interactive from 10pm so make sure you get your emails in for when the programme starts!

Got a question you've always wanted the answer to? Not sure what a verse means in the bible?

Now's your opportunity to get answers on the Q&A Show! 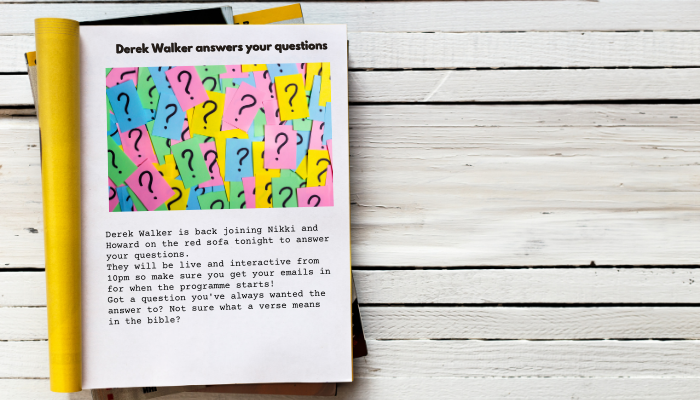 Best Bits of The Week

Join Nikki at 9pm tonight for Best Bits for a reminder of all the great content broadcasted on Revelation TV this week.

The show starts off by celebrating Israel’s 73rd year of Independence with Simon and Regan on Behind the Headlines before we get some exciting updates about the Revelation International Centre from Cyrus on the Building Fund Update.

We also hear from YOU the viewers about wh... 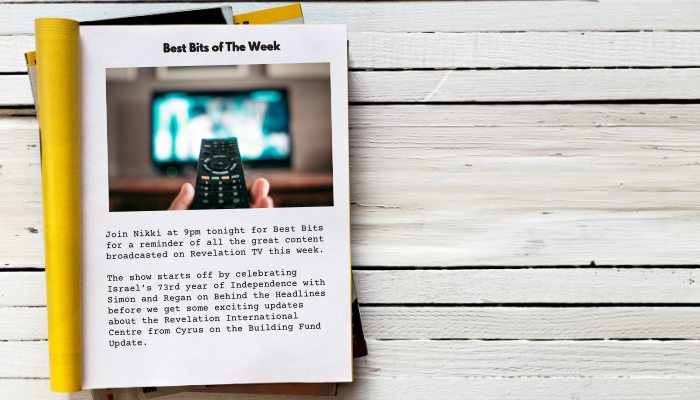 Israel through the eyes of her ethnic minorities

We discuss the joys and challenges of filming in Israel and why as a film director did, he want to show Israel through the eyes of her Arab minorities that make up twenty percent of the population. The mainstream media in ... 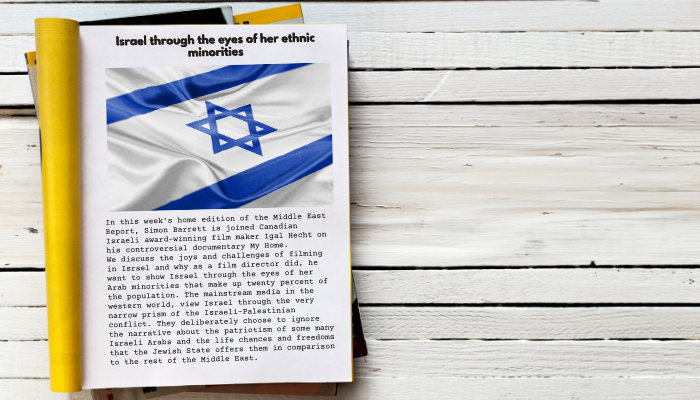 Join us LIVE tonight at 9pm where we will be giving the most recent updates on the Building.

Ellie and Nikki will be joining us at points through the programme to provide some updates on our social platforms.

We will be giving you a sneek peek of some brand new content that once in the new building, we will be able to bring to your screens more often!

The programme is LIVE and interactive ... 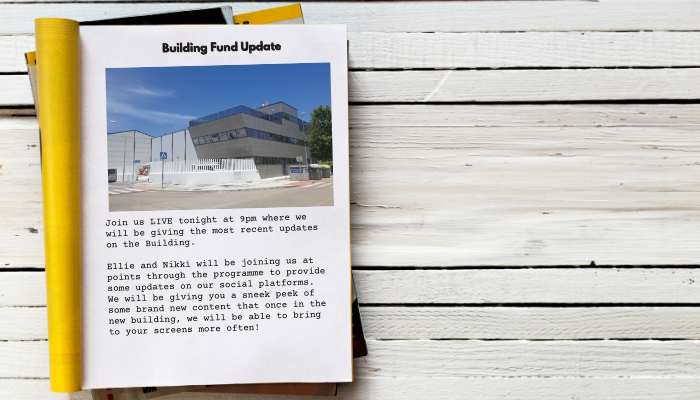 Should we obey God or the State

In this week’s Home Edition of Politics Today, Simon Barrett is joined by Tim Dieppe from Christian Concern and David Kurten London Assembly Member. In this programme they discuss the legal ruling against the Scottish government that it acted illegally and unconstitutionally when they declared it would be a criminal offense to attend Church in Scotland in the pandemic. 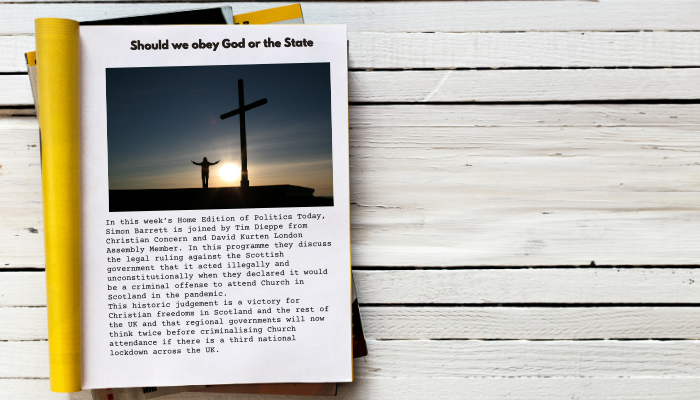